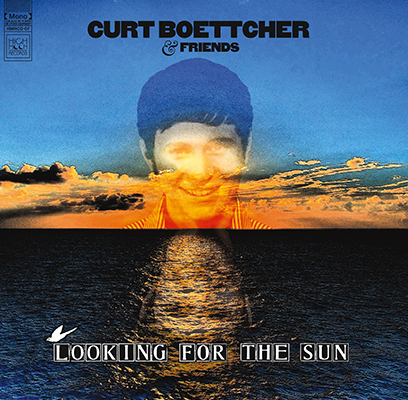 Best known for his groundbreaking contributions to what later became known as “sunshine pop,” and his hit productions for The Association (“Cherish”, “Along Comes Mary”), Curt Boettcher formed the pioneering rock bands The Ballroom and The Millennium, and contributed heavily to classic pop-psych album Sagittarius created and crafted by legendary producer Gary Usher (Beach Boys, Byrds). A Hollywood-based producer and arranger in the Phil Spector mode—whose sessions he actually participated in—Boettcher was innovative in utilizing the studio as an instrument—an approach that made a lasting impression on a young Brian Wilson. In 1966 and ’67, Boettcher spent so much time at Columbia Studios in Hollywood that some began to call CBS “Curt Boettcher Studios.” The work he did with Gene Clark, Paul Revere & The Raiders, Elton John, Emitt Rhodes, and The Beach Boys (among many others) is a master’s thesis in the use of sound and space to elevate music and emotion into art.

Steve Stanley, founder and producer of Now Sounds Records, lovingly assembled this unique and vibrant collection song-by-song; combing the vaults and file cabinets of Sony Music and the musty archives of obscure L.A. recording studios. One of the many highlights is a mysterious gem of a long-lost song: Cindy Malone’s “You Were Near Me” (previously unreleased and available as a digital single for this collection). Thanks to Stanley’s meticulous research of Musician’s Union Contracts, and interviews with the musicians and artists, a clearer portrait of Curt Boettcher’s prodigious and radical work as a producer emerges. Over the course of Looking For The Sun, the listener can hear Boettcher as an in-house producer for Our Productions, discovering the methods and sounds that would serve him so well as a bandleader and sonic guru of The Millennium. The 36-page booklet that accompanies the release, beautifully designed by Stanley, features fascinating and deeply researched notes on each of the songs, fabulous, rarely-seen archival photos, and a marvelous essay from noted Boettcher scholar Dawn Eden Goldstein.

“I went looking for the sun in the darkness of my mind.” —Gordon Alexander