“A historic gem—incredible that Warner Bros. left it on the vine. This is the one that might have sealed his reputation.” —David Fricke, Rolling Stone 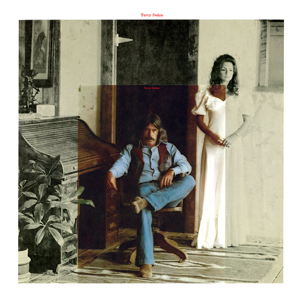 A lost masterpiece of early-70s rock ‘n’ roll. Produced (and played on) by keyboard legend Nicky Hopkins and British session ace Pete Sears, Terry Dolan is the missing link between the ecstatic, guitar-driven sound of the San Francisco ballroom scene and the incresingly expansive feel of the West Coast singer-songwriters.

The players on this rare and remarkable album —including John Cipollina, Prairie Prince  and Neal Schon —seem to have been cherry-picked from a music fan’s dreams. The Pointer Sisters add layers of gorgeous, Gospel-inspired harmonies, and Steve Miller Band members Greg Douglass and Lonnie Turner are featured throughout.

With a collection of simple-but-powerful songs, the album captures Terry’s dual nature; an East Coast folkie with a penchant for soul-stirring rock ’n’ roll. Featuring epic guitar duels intertwining with driving piano and organ, it anticipated the jam band genre by twenty years. The lightning-a-bottle chemistry captured on the eight album tracks (filled out here with six equally-fiery bonus tracks), has never seen the light of day, until now. This record is going to blow a lot of minds!

SIDE ONE
PRODUCED AND ARRANGED BY NICKY HOPKINS

SIDE TWO
PRODUCED AND ARRANGED BY PETE SEARS