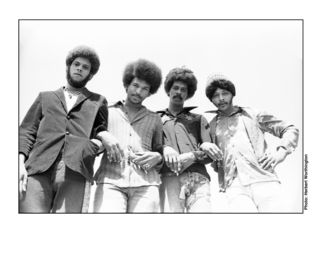 Even those old enough to remember 1967’s Summer of Love know Arthur Lee of Love as mostly a cult figure, not unlike Frank Zappa or Alex Chilton.

And yet the band’s “Forever Changes” is considered by many as seminal an LP of the time as the Doors’ eponymous debut, Jefferson Airplane’s “Surrealistic Pillow” and the Beatles “Sgt. Pepper.” But unlike those other albums, “Forever Changes” failed to catch fire, peaking at #154 on the Billboard chart.

According to drummer Joe Blocker, who plays on the 1973 Love recording “Black Beauty,” recently released and newly remastered by High Moon Records after existing as a crude bootleg circulated among the cognoscente, Lee and Love were invited to play at 1967’s Monterey Pop Festival, a pivotal event that broke the careers of Jimi Hendrix, Janis Joplin and Otis Redding, and brought rock music to the forefront of the counterculture.

But, as Blocker explained, Lee was a “homebody” who didn’t like touring, and felt at the time that he had “gone as far as he could go” with the Love band of “Forever Changes.” Lee, like other artists he admired such as Miles Davis and Bob Dylan, never looked back, and as that album title suggests, was forever morphing and progressing.

The Love incarnation that assembled for “Black Beauty” could not have been more different than the Love of “Da Capo” and “Forever Changes,” with their heavy immersion in psychedelia and pre-prog rock whimsy. “Black Beauty” sounds live and raw, with very few overdubs in the production process. Imagine the Jimi Hendrix Experience on steroids, with Lee exhibiting the kind of range on vocals that Hendrix — whose singing always took a back seat to his playing — was never capable of.

In fact the verdict is still out as to whether Lee influenced Hendrix or the other way around.

“They knew each other from before either one of them was famous,” says Blocker. “They were very close friends. Arthur was dressing like that before Jimi Hendrix was. I think that maybe Arthur was a bigger influence on him in the beginning, but in the end (Hendrix) was a big influence on Arthur.”

Songs like “Midnight Sun” on “Black Beauty” sound as if they sprung from Hendrix’s cosmic mindset, and one could only imagine how the Experience might have evolved had Lee been the group’s lead singer and co-songwriter.

The all-black dynamic that sprung from the Love of “Black Beauty” — anchored by Love’s aggressive R&B voice, Melvan Whittington’s metallic, Hendrix-like flourishes, and Robert Rozelle’s grounding bass lines — was much more in tune with what black rockers like Sly Stone and the Chambers Brothers were doing at the time.

Blocker, who also recorded three records with the recently departed Gil Scott-Heron, contends that “after Jimi Hendrix there have been no successful black rock acts, unless you count Lenny Kravitz.

“To look at rock and roll and for it to be held up as such a glorious extension of American music, you have to ask yourself: ‘How could a music that is born out of black music, the blues and R&B — how is it possible that there could be no successful black acts in that music?”

Lee managed to bridge the gap between R&B, funk, hard rock and flower-power pop — a quality that might have left him drifting in the margins, even when Top 40 radio was mixing Motown, Memphis soul, the British Invasion and the pre-adult contemporary of Burt Bacharach. For many, Lee wasn’t quite funky enough for people who liked James Brown or George Clinton, or psychedelic enough for fans who embraced the Airplane, the Dead or Cream.

“When you lay tiles, you’ve got the grout in the middle,” says Blocker. “Those artists are the way that you get from one thing to another.”

Why Lee seemed to disappear between the cracks of rock’s glory days is as much a mystery as his obscure status. Some attribute his low profile to drub abuse. Certainly the series of misfortunes that beset Lee — a record deal with Columbia Records that went south and the disintegration of the Buffalo Records label slated to release “Black Beauty — would have caused many lesser artists to spiral into oblivion, no matter how gifted.

But footage of Lee as late as 2003 playing the Glastonbury Festival (where he belted out a mind-blowing “Seven and Seven Is”) three years before his death reveal an artist still at the height of his powers.

“Ain’t nothing tragic about him,” explains Blocker, “he’s one of the happiest people I’ve ever known. I mean, he loved the music, but left up to him, he’d write some songs, rehearse them, go in the studio, record the songs and then go back home and feed the dogs and he’d be happy. But the rock ‘n’ roll circus, going out on the road, doing too many interviews — he really wasn’t into it.”

To read the article on Variety and see a live Love video click here. 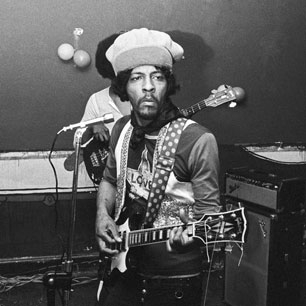 On June 7th fans of the Sixties Los Angeles psychedelic band Love will finally get the chance to hear the group’s 1973 lost classic Black Beauty. Some tracks on the disc were co-produced by longtime Doors producer Paul Rothchild and was meant to be Love’s comeback LP, but the label went bankrupt and the album was shelved. Collectors have circulated bootlegs of the album for years, but High Moon Records has acquired the rights the disc and they are releasing it with bonus tracks and remastered sound. Now, check out this exclusive download (right-click on the link to save) of the Hendrix-inspired track “Midnight Sun,” or stream it below. Original members of Love’s Black Beauty line-up are going to reunite April 29th at the Roxy in Los Angeles to play cuts from the disc.

Click here to listen to to “Midnight Sun” from the Love Black Beauty album. 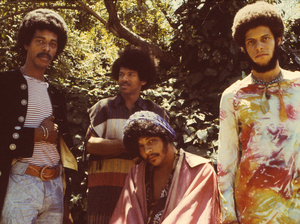 The club of African-American psychedelic rockers is pretty small, with Jimi Hendrix and Arthur Lee serving as two charter members. Hendrix, as everyone knows, rose to great fame. Lee had a brief spell of celebrity with his group Love and his 1967 album Forever Changes, kept on making music but never broke through again, served six years in jail on firearm-related charges and died of leukemia in 2006 at age 61.

In 1973, while still in his prime, Lee recorded an album called Black Beauty that was never released. Now, the music has been freed from the vaults, and it reveals an Arthur Lee who could not only rock hard, but also had other offbeat musical personalities. Consider “Beep, Beep” — psychedelic rock it is not. The rhythm veers between reggae and calypso, while a neighborhood guy contributes a lilting steel-drum line. Lee is on the harpsichord and at the mic, singing in a faux island accent and offering the kind of homespun advice you’d expect to hear from a back-porch philosopher: “Slow down, man, ’cause you’re going too fast.” Later in this cheery and charming song, Lee declares, “I’m going to be what I want,” and it’s clear that what he wanted to be was a musician who could break down barriers — and who was perfectly at ease stretching the boundaries of his music to encompass the sounds of the world at large. 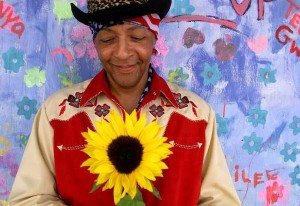 Lee had planned to put Black Beauty out on his Buffalo Records label, but the company folded before it came out and the tracks were shelved. High Moon will release the 10 tracks originally planned to be on the album along with bonus tracks, new liner notes and previously unpublished photos from the period.

Rolling Stone writer David Fricke wrote in a guide to the band’s bootleg recordings, “Black Beauty might have been received as a strong comeback for Lee, a turn to steamy R&B with heavy-guitar punch – if it had come out.”

Black Beauty was planned as a follow-up to Lee’s 1972 solo album Vindicator and featured the first all-black lineup for the previously integrated group, which first hit the charts in 1966 with the singles “7 And 7 Is” and “My Little Red Book” and created the psychedelic era classic Forever Changes album in 1968.

New York-based High Moon Records plans to specialize in rare or previously unreleased material, and in a statement with the announcement of the first release, label president George Baer Wallace said of Black Beauty: “It is that rarest of rock artifacts: a never-before-released, full-length studio album, from an undisputed musical genius.”