You can read the review online here! 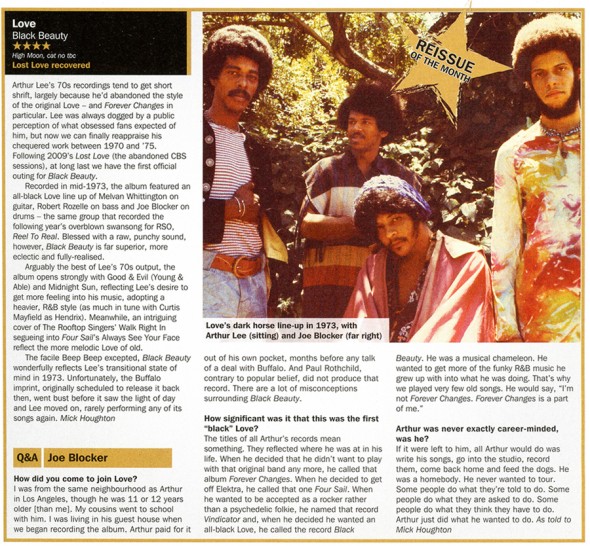 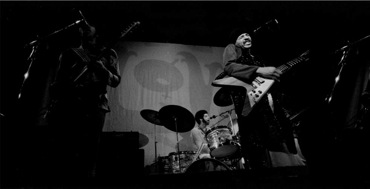 Love is one of those great 1960s bands that rock critics rhapsodize about and not nearly enough normal people have heard. And yet, unlike the Incredible String Band or the Shaggs, say, or even the late-period Monkees, Love is actually a pleasure to listen to. A fixture on the Sunset Strip in Los Angeles, the group released several terrific albums and, in 1967, one absolute masterpiece, Forever Changes, which if you’ve never heard you must listen to right away: no album better distills the weird mix of paranoia and exaltation that marked the 60s, and Love did it simply, with gorgeous melodies and compelling musicianship—and nary a phased guitar, backwards tape loop, trippy sound effect, cod raga, or reference to gnomes.

Love went through numerous roster changes, rivaling Fleetwood Mac in that regard, but the constant was Arthur Lee, the group’s lead songwriter and singer, and one of the few African-Americans then or since fronting a band in what had become a “white” idiom—rock. Lee was one of the era’s most singular songwriters and performers, as original as Dylan or Lennon-McCartney. Maybe more so: few lyricists can be as simultaneously obtuse and evocative. (Though, of more recent vintage, Stephen Malkmus comes to mind.)

That reverie—one of my all-time favorite openings to a song—is from “Live and Let Live,” off Forever Changes. As you might have just surmised, Lee would have trouble with drugs and the law in later life and, as was the case with a lot of 60s artists, his muse would become more elusive in the 70s. He hopped around between labels, making records with diminishing artistic and financial returns, tried a solo album, and then, in 1972, put together a new incarnation of Love and set about recording what might have been a memorable comeback album but for the fact that the new label Lee had signed with, Buffalo Records (funded by one of the producers of Hair), folded. Aside from a handful of recordings, Lee wasn’t much heard from across the next three decades, until he was released from prison in 2001 after serving five and a half years on charges of illegally possessing a firearm. He spent the last five years of his life touring with a reformed Love to enthusiastic audiences and critical acclaim before dying of leukemia in 2006.

This brief episode of Behind the Music has been preface to the news that the aforementioned Love comeback album, Black Beauty, is finally getting an official release on High Moon Records (and with much better sound quality than the many bootleg versions). This is not the first coming of Smile or even Chinese Democracy, but it’s an excellent album and a welcome addition to the Love discography, occupying a kind of compromise between the fluid psychedelia of Forever Changes and the heavier, Hendrix-influenced sound of latter-day Love.

Here is an exclusive preview from the album, the aptly named “Product of the Times.” It’s a live cut from 1970 that Lee intended as the album’s coda. In this critic’s carefully considered opinion, it rocks.